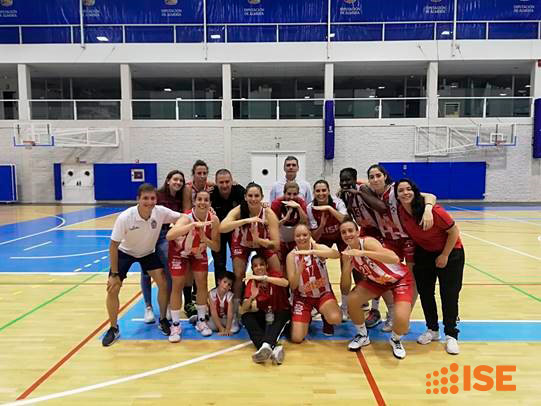 The basketball team we sponsor, achieves a historic milestone in Almeria basketball

For the first time in its history, the ISE C.B. Almeria opts to raise the category and play the pass to WL1. After a tough competition and a heart attack match, ISE C.B. ALMERÍA won the match against Ciudad de los Adelantados on Saturday 13 April in Almería with a tight five-point difference (61-56). This result gives the team the fourth place in the classification and the possibility to fight for a place in WL1.

ISE has sponsored the women’s team since mid-2016, as a bet on local sport and the values of team play with which we identify. For us it is a pride to continue supporting the ISE C.B. ALMERÍA women’s league and to share its achievements after a great effort, dedication and teamwork.

Category : Sin categoría , Spain
this site uses its own and third-party cookies to offer you a better browsing experience. You can learn more about what cookies we use and what they are used for, as well as information to deactivate them, by following the link Read More Accept
Privacy & Cookies Policy